Robert Sochacki has been related to painting since his early days as a student of the Academy of Fine Arts in Gdańsk, later as a set designer in a theatre and finally as a video performer / interactive artist. Nowadays, after defending his PhD thesis, he works in the painting department of Gdańsk’s Academy [art in public space studio]. His projects were supported by polish Ministry of Culture and National Hertiage. He calls his works ”video paintings” and usually presents them as large-format projections. His video arts were showed and awarded multiple times – from independent art galleries, throughout many art shows in Poland and around the World, up to music and street art festivals. His paintings, installations and prints are usually a complex and multi-layered story about the world around. Artistically and scientifically he is mostly interested in light art area, concerning art installations and projects where light is the main component.
In his most recent artworks he concentrates not only on an interaction with a viewer but also on telling a certain story, showing a part of the world/culture as he perceives it.

“What I enjoy the most about my last experience with Interference 2016 is that my artwork inspired local street artist to add a little sign/drawing on the wall where „Loophole” was projected. I am very proud to have that long-lasting impact made in the heart of Tunis’ Medina, it is a proof to me that art in public space is a powerful phenomenon”
For 2018 edition I am preparing a project that will be connected to the cultural heritage and how I perceive it as an artist. I would like to find common spaces for our otherwise different cultures and try to make it a whole, complete story. It would be like a garden that is open for everyone who’s watching, that is growing freely and gives the opportunity to immerse in its playful lights and shadows.I would like to invite the audience to a world of ideas and thoughts that will provoke them to make their own tales and interpretations.” 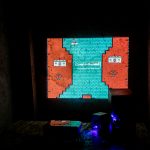 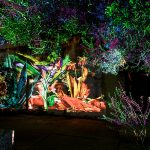 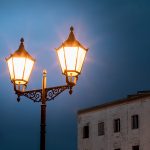 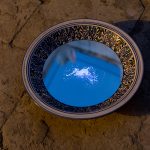 From LIGHT AS A CREATIVE TOOL Gdansk [pl] 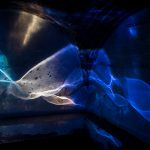